Lisa joins us with over 12 years of PR and event experience in television, fashion, beauty, food/wine, hospitality and entertainment markets. Previously, she was Vice President of Communications for OWN: The Oprah Network, where she created a national PR campaign for the highly anticipated network launch. Prior to OWN, she served as VP of Communications at CBS Television, where she launched the ”The Insider” and managed communications for ”Entertainment Tonight.” She also produced the Entertainment Tonight Primetime Emmy party for seven years. 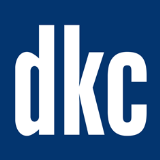 Melissa brings more than six years of experience in publishing, social media, and public relations to DKC. Most recently, she served as a Research Editor and freelance writer for Glamour magazine, working on the magazine’s front-of-book fashion and celebrity pages, as well as the health and relationship sections. She’s also an official blogger for Glamour.com’s dating and relationships channel, Smitten. Previously, she served as Managing Director and Online Editor for hMAG, a Hoboken, NJ lifestyle magazine.

We are thrilled to welcome Lisa and Melissa to the team!