Turning a music icon into a business mogul

At the top of the year, DKC was tapped by legendary rapper, Snoop Dogg as his agency of record to elevate his brand amongst Corporate America and business media. In order to implement a cohesive strategy that aligned with the core goal of highlighting Snoop Dogg’s entrepreneurship across a variety of industries while maintaining momentum within the entertainment landscape, DKC worked with various teams, partners, and organizations including Def Jam Records, 19 Crimes and Bic Lighters to bring his vision to life in less than a year. As a result of DKC’s efforts, Snoop Dogg has seen high level profiles such as New York Times Corner Office, as well as placements in Forbes, W Magazine, Deadline Hollywood among others to date. 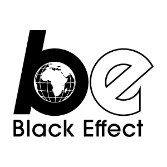 In 2021, Charlamagne tha God hired DKC to help elevate his profile as the leading voice in media and culture as well as highlight the work he has done to support the Black community. Charged with amplifying all of his current and new programming, DKC worked to secure a bevy of special feature and interview opportunities for Charlamagne and his core team of female executives in top tier media outlets across business, media, entertainment and more.

In order to uplevel Charlamange’s position as a leading force in media thereby elevating his brand, DKC worked closely with partners for PR efforts on several business segments including ViacomCBS on the first season of Charlamagne’s late night show “Tha God’s Honest Truth”, working with iHeart on the one year anniversary of The Black Effect Podcast Network, as well as Audible Inc. on his audio partnership with Kevin Hart, SBH Productions.

The team achieved over 9 billion impressions and secured 16 feature stories in online outlets like Forbes, Variety, and the New York Post as well as broadcast segments in the Today show and Drew Barrymore. Additionally, DKC placed top tier digital covers for Charlamagne in Black Enterprise and Verywell Mind.

Airbnb and Big Boi Partner to bring “The Dungeon” back

In celebration of Black Music Month, Airbnb teamed up with six-time Grammy winner and rapper Big Boi to become an Airbnb host. Fans got a chance to experience a piece of music history by booking an overnight stay at the iconic Dungeon Family House, named after the studio where Outkast recorded their groundbreaking album, Southernplayalisticadillacmuzik.

DKC worked closely with Airbnb to ensure a strategic approach was taken with media outreach. To maximize coverage, the DKCulture team secured several strategic media opportunities for Big Boi with outlets such as Associated Press, Billboard, CNN and TMZ to create a momentum and buzz for the initiative.

Indeed wanted to create a initiative to help provide employment and exposure opportunities for BIPOC filmmakers & storytellers around the theme of the meaning of work, and the idea that jobs change us all. DKCulture was tapped to work with Indeed to develop the “Rising Voices” program into a impact program that was media worthy.

DKC worked with Indeed to help bring in Emmy Award-winning writer, creator and actor Lena Waithe and her company Hillman Grad Productions to elevate the initiative which showcases the power of how jobs change our world. DKCulture worked with Indeed and Lena Waithe to create moments to make the campaign a sustaining initiative throughout the year, culminating in a showcase for the filmmaker finalists at Tribeca Film Festival.

Rising Voices turned out to be a huge success with media placements in strategic outlets such as The Hollywood Reporter, Deadline, Essence, Black Enterprise, IndieWire and AdAge. In total, the program received more than 2 billion media impressions through more than 65 media placements that varied from the program announcement, 10 finalists, and the Tribeca Film Festival premiere.

National Geographic’s June and July 2021 issues featured a number of stories that focused on the issue of race in America as well as highlighted climate injustice, with a primary focus on Black America. DKC created a strategic PR and social media strategy around five feature stories utilizing several Nat Geo writers and spokespeople and highlighting Nat Geo’s ‘Race in America” hub.

The DKC campaigns focused on a broad cross-section of media, with intentional outreach to publications that reached multicultural audiences through print, broadcast and online channels. In addition, DKCulture worked with Nat Geo to select a diverse group of social media influencers for a robust program that brought an authentic voice to the campaign.

Spotify noticed organic growth in their Latin music streams with no marketing or communications support. They wanted to accelerate this growth by creating a communications campaign that focused specially on Latinx culture, lifestyle and media in order to increase listenership on owned and operated channels, stimulate trail and convert to paid subscribers.
Playlist creation from users increased by 42%, Owned Streams like Viva Latino went from 4.6 million listeners to 7.1 million in 6 months. Latinx subscribers increased from 8% to 17%. Total media impressions topped 150 million, a 150x increase in awareness. This was accomplished mainly through targeted media both online and offline. Featured placements by known Latinx journalist and artist testimonials.

Increase
Playlist creation from users increased by 42%, Owned Streams like Viva Latino went from 4.6 million listeners to 7.1 million in 6 months. Latinx subscribers increased from 8% to 17%.

Belief systems are changing and companies are scrambling to find points of meaningful connection to this growing consumer group.

For companies that get it right, CHANGE starts internally

The business case for diversity is clearer and stronger than ever: findings from a 2019 McKinsey & Company study reveal that companies that invest in greater ethnic and gender diversity, financially outperform by 36% and 25%, respectively.

Employees who believe their organization supports Diversity, Equity and Inclusion feel their ability to innovate grows by 83%.

DKCulture is a division of DKC that connects the dots between brands, talent and multicultural Gen Z + Millennials. We are a collective of strategic thinkers, storytellers and creators deeply rooted in today’s lifestyle, music, art, sports, entertainment and fashion worlds. We produce work that links purposeful content and ideation for the execution of large multi-channel communication campaigns.

Pristina is a seasoned public relations executive with over 10 years of experience working across a multitude of industries within the lifestyle category. As a SVP of Lifestyle + Culture at DKC, she executes high-level integrated PR campaigns providing strategic counsel and planning, media relations expertise, and large-scale red carpet event experience for her clients. Over the years she has represented a diverse client roster such as Kappa, Moet Hennessy, 1800 Tequila, Viola Cannabis, STIIIZY, FaZe Clan, BMW, Skullcandy, Saweetie and more. Pristina graduated with a Master’s degree in Corporate Communications from New York University and earned her Bachelor’s degree from St. John’s University. She currently resides in Los Angeles.

Gina Dukes is a Vice President at DKC and has over a decade of experience in public relations both in-house and on the agency side for global brands including FORD Motor Company, The Home Depot, Colgate-Palmolive, US Tennis Association, Moet Hennessy and Heineken. Her areas of specialty include multicultural, digital PR, media strategy, lifestyle, social media and event management. Gina boasts an attuned wealth of knowledge. in PR and has executed events and led media outreach for activations such as Billboard Latin Music Awards, NBA All-Star Weekend, Super Bowl and Essence Culture Festival. She is a NY native who loves to travel and has been to over 20 countries.

Prior to the NFL, Kenlyn worked at the NBA for 11 seasons, in multiple business areas including video production, social media and crisis communications. He managed a team providing media coverage reports to senior leadership, including NBA Commissioner Adam Silver, and served onsite as a PR executive at league events, including All-Star, Finals and Draft for the NBA and WNBA.

Kenlyn received his Bachelor of Business Administration degree from the Carl H. Lindner College of Business at the University of Cincinnati, and Master of Science (M.S.) in Sports Management from Columbia University. He currently serves as Associate Professor at Columbia for the Leadership in Sports course.

Over the course of her career, Elizabeth Walker has earned a reputation as an innovative brand and marketing executive and genuine change-agent in the influencer and talent space. With a portfolio comprised of such noteworthy entities as Music World Entertainment, Blavity, Cashmere Agency, Citizen Relations and now as Senior Director of Influencer Strategy at Hangar Four there isn’t an industry she hasn’t touched.

With almost 11 years of experience that spans multiple industries including digital music, entertainment, tech, fintech, consumer packaged goods, fashion, sports and automotive, Elizabeth is a leader heralded for her bold thinking and cutting-edge ideas. She partners brands such as Google, YouTube, Universal, Netflix and more with creators and talent in a culture forward strategy. Elizabeth has spearheaded campaigns geared towards growing consumer brand recognition, loyalty, and embedding equity, with brands around the world.