In honor of its 40th anniversary, DKC teamed up with Liberty Science Center and Google to unveil Beyond Rubik’s Cube, an exhibition celebrating one of the world’s most iconic toys. The $5 million exhibit, which was designed by the Liberty Science Center and the cube’s inventor ErnÅ‘ Rubik, offers an immersive experience where visitors of all ages can explore the cube through toy and puzzle-making, art, music, film, education, and more. Beyond Rubik’s Cube invites visitors to consider how the cube emerged from a workshop in Communist-era Hungary to become a worldwide phenomenon, fostering creativity that transcended culture and time. The event also featured the original wooden tools Rubik used to create the cube in Budapest, an 18-karat-gold, fully functional Rubik’s Cube, and speedcuber Anthony Brooks, who holds numerous records for his abilities. After its seven-month stay at the Liberty Science Center the exhibit will embark upon a worldwide tour.

The campaign behind the exhibit included segments on “Good Morning America” ”NBC Nightly News” and ”Today” and was featured in several publications including the New York Times, The Wall Street Journal and Parade magazine. 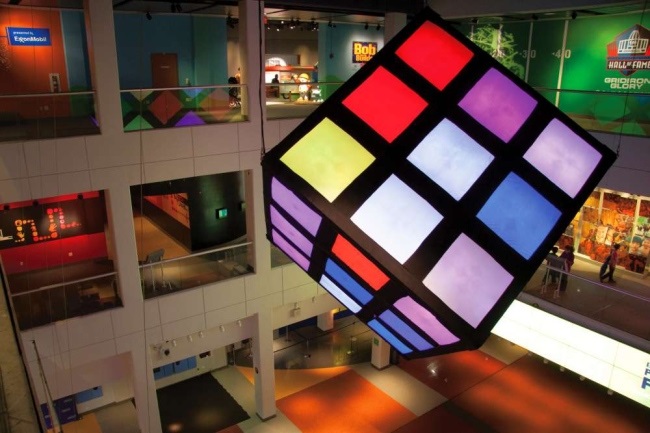