Coffee With a Legend

When you think of the birth of Rock & Roll in the 1950s and 60s, who comes to mind? Certainly Elvis, The Beatles”¦and Connie Francis? Yes, Connie Francis. 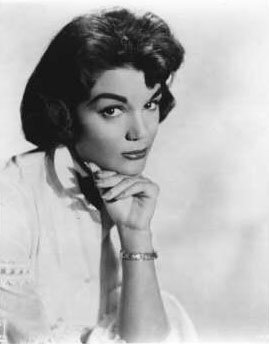 A legend among legends, Connie paved the way for many female music stars of today, all the while redefining what it means to be a survivor and a fighter through life’s struggles. And there she was: one of music’s original, genuine female pop superstars—in reality, an ”American Idol” decades before Simon had the chance to insult anyone—sitting in our conference room and sharing her extraordinary life with us as we listened and began planning how to share a story that needs to be heard to be believed.

Long before Madonna donned her cone-shaped bra, before Janet Jackson got ”nasty,” and long, long before Katy’s sheer ensembles, Rihanna’s umbrella, all of Britney’s many oopsies, and BeyoncÃ© made everyone ”crazy in love,” a petite brunette with a big voice set the music world on fire.

Born into a traditional Italian family as Concetta Rosa Maria Franconero to a strict father and mother, Connie knew early on that she wanted her life to follow a different path. Her love affair with the stage began at only four years old when she picked up an accordion – yes, an accordion—and began belting tunes.

And she never stopped.

As a pre-teen, she performed at all of the neighborhood talent shows and pageants. By the time she was 15 years old, Connie secured a spot on the national hit TV show ”Startime Kids”—what our generation would equate to the early 90’s ”Mickey Mouse Club.” She appeared on Ted Mack’s ”Amateur Hour” the equivalent of ”American Idol” today and went on to become one of the biggest stars to emerge from Dick Clark’s ”American Bandstand.” She appeared on every major variety show of her time, including ”Ed Sullivan,” becoming such a worldwide sensation that she was named the #1 female singer in over 10 countries during that period.

She recorded in 15 languages, had sold some 35 million albums by the late 60’s, had 35 Top 40 hits, became the first female to have back to back #1 singles and was Billboard’s number one female artist for seven years straight.

At the very same time Connie’s career was exploding, her personal life was failing. Connie’s father, who guided his daughter’s career with an uncanny knack for always making the right moves and choosing the right songs for her, was also emotionally abusive.

Yet, underneath Connie’s unrivaled career triumphs, were the near soul-breaking tragedies Connie endured as a mother, sister, wife and woman: four failed marriages (one of which was abusive), a miscarriage, followed by a brutal rape that made headlines around the world. She left the stage for seven years in an attempt to heal when her brother was gunned down by the mob, a case that still remains unsolved today. As if this wasn’t enough for any human being to endure, Connie then lost her voice due to unexpected health issues, and suffered through years of mental illness, including being committed by her dad, and a suicide attempt.

But the Connie Francis that sat with us today was nowhere near broken or defeated; the soft-spoken, husky-voiced woman that we met today was nothing short of remarkable. Connie’s resilience and talent is unquestionable, all of which is quite evident through the sold-out concerts she continues to give today.

It’s a story Connie and DKC look forward to sharing with the world when her memoirs are published in just a few short months and if you miss out, we’ll be asking Who’s Sorry Now?