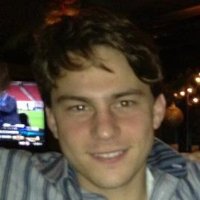 DKC Connect is pleased to welcome Matthew Donnally to our team, who serves as a Senior Account Executive working across the digital division to lead various accounts and digital programs for the agency. Donnally brings extensive politicaland digital experience to DKC Connect, most recently serving as the Deputy Director of Digital for Cory Booker for Senate. While working for Cory Booker’s campaign, Donnally led a successful social media strategy recognized in Mashable during the 2013 New Jersey U.S. Senate race. He began his career working for Booker Team for Newark where he focused on building and managing a social media program for Cory Booker as Mayor of Newark, New Jersey, and was recognized with two back-to-back Shorty Awards for best use of social media in government.Previously, Donnally was a founding member of Waywire, Inc., a video social networking startup based in New York City. He is a graduate of the University of Pennsylvania, where he received a Bachelor of Arts in Political Science.