DKC is proud to announce the newest member of our team, Jeffrey Lerner, the former political director for the Democratic National Committee.

”Jeffrey has returned to an organization that has a national public affairs footprint,” said Sean Cassidy, DKC President. ”He brings invaluable experience that will help us meet the needs of a wide range of our current clients, and reach a broad range of new clients that will benefit directly from his understanding of policy, politics and communications.”

Lerner most recently served as the Political Director for the Democratic National Committee during President Barack Obama’s successful reelection campaign, having earlier served as the White House Southern Political Director during the first two years of the administration. After making a home at DKC following the 2004 presidential contest, Lerner went on to serve as then New York Attorney General Andrew Cuomo’s communications director, before returning to national politics to head up the labor federation, Change to Win’s 2008 presidential campaign efforts.

”I’m thrilled to be back with the team at DKC, a firm that gave me such great opportunity early on,” said Lerner. ”And I’m also looking forward to new opportunities to work closely with leaders in government, industry, advocacy, and the grassroots who want to implement smart, effective campaigns that solve problems and help real people.” 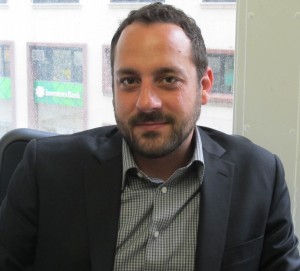