Marriage Equality: The Time Is Now 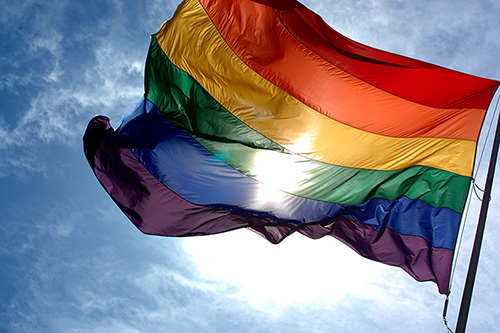 As the Supreme Court wraps up debate at the end of June, there are a handful of big cases on the brink of big decisions. In his Sunday op-ed column in The New York Times, Frank Bruni writes about one of the more-popular, more-watched topics: same-sex marriage.

Bruni’s powerfully stated article responds to Americans who feel same-sex marriage has been ”forced on them much too quickly.” He highlights several faces and trials behind the movement that date back nearly half a century ago – stating, ”nothing about this juncture feels quick.”

Bruni presses that marriage equality ”wouldn’t be a rash swerve into uncharted terrain.” He states, ” It would merely be a continuation of the journey of gay Americans – of all Americans – across familiar land, in the direction of justice.”

As the four-year anniversary of marriage equality in the state of New York approaches, a number of new documentaries also chronicle ”the sweat and tears that preceded the present moment.”

PBS features ”Limited Partnership,” the 40-year love story that went head-to-head with the U.S. government to fight for marriage and immigration equality. Yahoo Screen presents ”Uniquely Nasty: The U.S. Government’s War on Gays,” which takes a comprehensive look at the U.S. government’s discrimination of gays and includes never-before-seen government memos. HBO will also debut ”Larry Kramer: In Love & Anger,” about the fiery activist who is deemed ”one of the most important and controversial figures in contemporary gay America.”

These stories all serve as both a reminder and a validation of the long road traveled for the legalization of same-sex marriage to take root.

Bruni closes with the story of Edith Windsor, a widow who was ordered to pay estate taxes when her spouse of 40-years died in 2009 – taxes she would not have been faced with, had her spouse been a man.

”That was in 1967: nearly half a century ago,” Bruni says. ”So don’t tell her that the idea of same-sex marriage needs more time to ripen.”

To read the full article by Bruni, visit: http://nyti.ms/1N0OxqC