Ever wondered what it’d be like to bat against a Major Leaguer and future Hall of Famer? See a 90-mile per hour pitch zip by? Well, to coincide with the Yankees-Mets Subway Series, DKC & New Era caps gave select media this opportunity. And that pitcher”¦ None other than Mariano Rivera.

Along with New Era and the Yankees, the DKC team of Phil Crimaldi, Audrey Chen, Meghan Chisholm, Max Puro and Rebecca Salman crafted this one-of-a-kind experience to promote the Diamond Era collection – the latest technological advancement in headware from the official on-field cap of Major League Baseball.

On May 14th, 17 media members tried their luck against Mariano. While wearing Yankees Diamond Era caps, some of the reporters flailed away with the bat (one even broke his bat), but their stories following the event hit a home run and truly reflected the uniqueness of this event. The event led to prominent placements on Buzzfeed, USA Today, ABC News and New York Daily News.

DKC’ers Phil Crimaldi, Audrey Chen and Max Puro even got the opportunity to show their stuff against Mariano. And they did NOT disappoint. 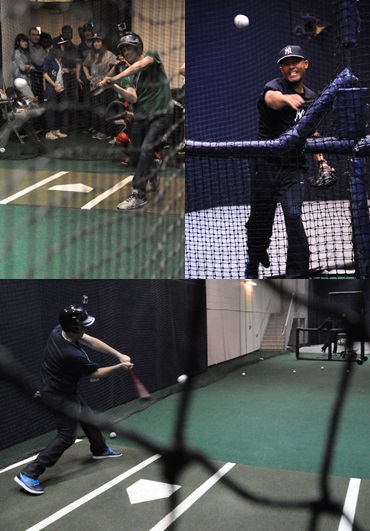