The Blog and Short of it All

DKC Passion Project: DKC’s company-wide competition giving one lucky employee the chance to enter to win $1000 plus a week off to pursue whatever it is in life they are passionate about.

When Sean Cassidy (DKC President) sent around the staff email announcing ”DKC’s shortest employee…Courtney Greenberg” had won the company Passion Project back in October things got REAL. For as long as I could remember, I’ve placed any personal interests on the back burner, convincing myself I didn’t have the money or time to pursue them. Both excuses flew out the window when I received the $1000 and a week off to transform my Facebook photo album The Short of it All into a website/photo gallery/blog and to take the concept to the next level.

At 4’10” it’s rather hard not to notice that I’m a fairly tiny person. My Facebook photo album is a collection of pictures of myself standing aside exceptionally tall people. This all started when I was a sophomore in college while at my favorite Happy Hour spot, Sadie Klutz. At the bar I ran into a guy on the basketball team who was almost 7ft tall. 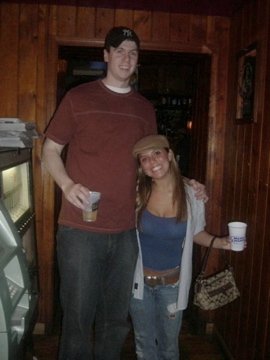 Over the years the album had evolved and by the time I won the Passion Project, I had more than 35 pics of myself with people over 6’5”.

When I first entered my idea for the Passion Project I felt confident my submission could win. I knew people loved the album and couldn’t wait to see more photos.

Then I won, and I started to feel slightly less confident. I’m short. (Well, congratulations!) I take pictures with tall people. (And we care because??) I knew nothing about building a website and didn’t know where to begin. I had no clue what the site would contain aside from a gallery of photos – some of which were taken with old school film and weren’t exactly the best quality. At this point I wished I was 4 feet 10 inches shorter and could just disappear!

But then I said to myself, ”Courtney, STOP! This is a great thing and you can’t sell yourself short! You’re going have to slap on your highest heels and rise to the challenge!”

And so I did. I knew I needed to own the domain name: The Short of it All. First step was checking Go Daddy to see if the address was still available, and wudda ya know, it was! Even though I had NO idea what I was doing or what I was buying – add-ons, security features, hosting stuff, etc, – whenever in doubt, I just went ahead with the Premium Package.

Website Analytics – Clearly I need that. How else was I going to measure and learn about the hundreds of people who would be visiting my site? My mom has A LOT of friends.

Search Engine Visibility – Absolutely getting that. As if being short isn’t hard enough, I need to be as VISIBLE as possible. To me this feature was the virtual equivalent to high heels.

Website Protection Scanner – I’m still not exactly sure what this feature does, but it sounds important. I haven’t been stingy with my prize money yet, I’m certainly not going to cheap out on protection. Anyway, now I owned my own little corner of the web and it felt great. Step one was exhausting!

I’ll Tumblr For Ya

Step #2 or my Favorite Step -the one where I hire someone to handle all of the other steps (or so I thought). Thankfully my wonderful former assistant Marc Sausa introduced me to his friend Kesal Petal. I had my first meeting with Kesal about ”The Short of it All” in late December and it was about 5 minutes into our conversation for me to realize I knew even less about what I was doing then when I started! Can you believe it?! (Actually, I’m sure you can – insert sarcasm here.)

Kesal asked hard hitting, very important, but also very obvious questions, such as, ”What do you want people to get from visiting The Short of it All,” ”What’s going to make them come back again?,” ”How will you get people to interact with the site?,” and ”What do you want the look and feel to be like?”

I immediately began to panic and took a few deep breaths (I’m actually lying, because what I really did was take two large swigs of beer.) Then I responded as honestly as I could, and told him all I wanted was for people to come to my little photo gallery blog thing and get a laugh. I wanted people to feel good. I wanted to send the message that whether you’re 4’10 or 6’10” it’s about being comfortable in your own skin. (He liked it. Kesal liked it!)

We spent the rest of the time talking about my vision, color schemes and social networks. One important component for me was finding a way to incorporate Tumblr into the photo gallery. The core of ”The Short if it All” are the pictures, so I wanted to make sure the photo driven community that is Tumblr was reached. So we decided to run the photo gallery through the social network, this way I can upload new photos from my phone and keep it fresh.

After I saw the framework to the site, I knew something was missing and I couldn’t put my stubby little finger on it. Everything was coming together great, but it didn’t feel like me. I looked around the web for ideas and inspiration and thought a little animated version of myself would be perfect! Also, I’d need a logo. Something that would define ”The Short of it All” in one glance.

Enter Brynn Dempsey and Courtney Jentzen. I was introduced to Brynn and Courtney through DKC Connect’s Digital Director, James Gregson. Brynn created the logo I envisioned with a clean, simple font and Courtney drew the animated me; who we’ll name Shortney. I thought it would be super cute to insert Shortney onto the base of the letter L in ”aLL” to emphasize that I’m really small. Because clearly that needed more attention. Once those two things were included, I was pumped! It captured my personality and gave the site something extra special. (Next step in this ever evolving process will be taking Shortney to her colorist and making her hair blonde.) 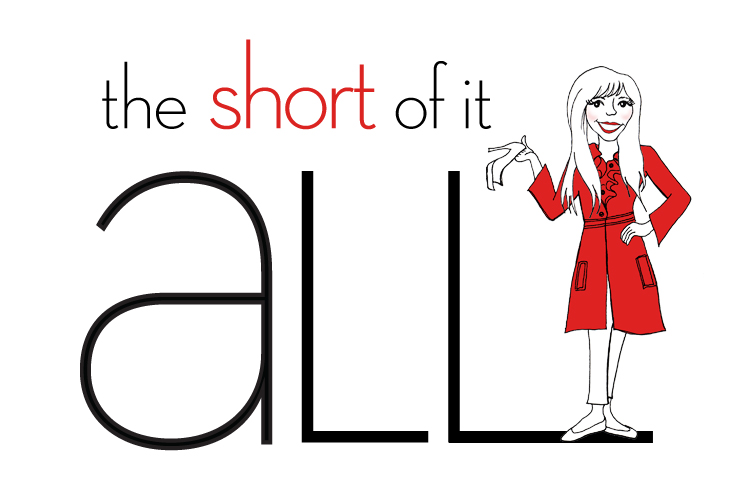 To Make a Long Story Short

I quickly learned that having a cute website, a few extra bucks and some time off is only half the battle. If you want to maintain a blog, you actually need stuff to talk about! That’s never really been a problem for me, so I’m excited to get The Short of it All up and running. So go and visit the site because I think I’ve said enough (but really because I’ve run out of short puns). Thanks to everyone at DKC for supporting me throughout this entire process. Also to the judges who voted for me. And to all the little people – this one’s for you!